Menu
START HERE
Back to all 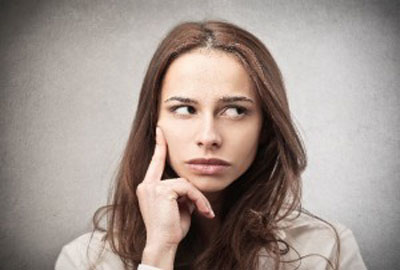 It never gets easier, you just get better.
—Unknown

Imagine if you were completing the same task over and over again. Each day you do it, it seems that the task gets easier, right? Well, not really, because the task is the same — you’re just getting better at it.

But the better you get, the bigger your game needs to be. Otherwise, you won’t feel challenged, and it won’t be as rewarding.

That’s how it works in the world. You work hard on mastering the skills for now, so you’re prepared to take on the bigger challenges next. In sports, you move from beginner, to intermediate to advanced and then professional. You become a better parent for your growing children. You become a better entrepreneur so you can grow your business.

And each step you take builds confidence.

That confidence is important. It’s necessary to help you overcome that Little Voice in your head that causes the stress in your life. And that stress is what’s preventing you from advancing to the next level.

Let’s take a look at some of the things that your little voice may say when you’re faced with a challenge:

Do any of these sound familiar? Do they appear in your subconscious? They rob your time, make you prioritize other, more trivial things. You get tired. You procrastinate. All the chatter your little voice makes when you’re thinking about the next challenge is pretty poisonous.

Identify your little voice and get to understand where it comes from. Why are you letting it stop you dead in your tracks? Don’t let it prevent you from fighting the battle to win the war. No one wants to be stuck on the same level, over and over again.

There’s a hero, and there’s a villain inside of you. Who’s going to win today?

And when you have less stress and more confidence, you’re more willing to take on the larger complexities of life and business. You can play the bigger games.

After every big win, you get bigger, and enjoy better and more valuable rewards.

You are supposed to deal with greater complexity, not more stress.

Mastering little voice management reduces stress, so that dealing with greater complexity is more fun and more lucrative. It’s like playing a bigger game with better players and more options.

It’s like getting better and better at the game and wanting to advance in it. In that mode, you don’t want to make the game simpler. You want it to be more challenging; otherwise, there’s no reason to play. Think about games like PlayStation and Game-boy, in which the goal is always to get to higher and higher levels of complexity. Each level requires greater levels of mastery, and in turn, you develop more confidence. You don’t want to go backward you want to go forward. It’s natural. You want to play the game faster, and you blaze through the simpler levels just so you can get to the good part.

But somehow, in life, most people struggle with increased complexity. It’s not about your brain capacity it’s your little voice!

Inside you, there’s a champion and a loser. There’s an angel and a devil. There’s a hero and a villain. The question is, which one is going to win today? Do you even know which one is controlling you right now?

Once you can identify them then you can successfully manage them. No matter who you are, I suspect you know that there is an even bigger, better person inside you. That’s true for me, too. But what stands in the way of that person fully emerging? How do you go from Point A, where you are now, to Point B, which is being the most powerful, passionate, wealthy, and healthy person you know?

For me, what stands in my way is me! And I know its the same for you.

In the book SalesDogs, we said, You don’t have to be an attack dog to be successful in sales. Everybody has a talent; everybody has a different way of being successful – as a poodle, a basset hound, or a retriever. It doesn’t really matter which one of the other dogs you are. Everybody has something valuable to offer. So why don’t we offer it? What’s the resistance?

For example, your internal conversation may start like this: Why don’t you start your own business? You have always wanted to do it.

Then the resistance shows up like this nagging chatter of voices, saying things like: Well, because you’re not smart enough. You don’t know how to set up a business. You’ll starve to death if you try to do that. It’s too risky.

So what causes this? Perhaps you have lost the ability to value yourself, your ideas, and your abilities because you have fallen into the trap of comparing yourself to others. With every success story that the media churns up, with every achievement you see the other guy get you either get challenged or depressed.

And so, you don’t start the program for kids that you constantly think about, or write that book you’ve dreamed of writing? Because you don’t value what you have to offer. You think you aren’t smart enough or that what you’re offering wont be good enough. You say to yourself:

I’m not successful enough. I’m too old.
I’m not a good enough business person.
I don’t know how to write a book.
I can’t.
I don’t know how, and even worse, my information is not that good, not that new.
Its not that different.
I’m too tired.
Who’s going to read it?
I’m too young.
Nobody’s going to like it.
Who wants to hear from me?

You have the dream, but there seems to be resistance. That little voice starts creating big old blocks to achieving your dreams. Stuff comes up, robbing you of the time you would spend on your dream. Other things take greater priority. You get tired. You procrastinate. Sound familiar?

It becomes more important to clean out your garage than to sit down and write a book, because no one is going to read it anyway. This book is about valuing yourself. It’s about overcoming the little voice in your brain that says you aren’t up for the task at hand.

You must learn how to rehabilitate yourself and assess your value properly. Once you do, your value will grow.

The reason many people never get to their dreams is because they are losing the ultimate little voice battle being waged in their brains. I’m talking about their assessment of themselves and who they are-their worthiness, their abilities, and whether they have anything to offer that anybody else would be interested in.

Everybody has something to give, something to offer, even if it’s already been offered before. You have a different way of looking at it. Your idea may appeal to millions of people you’ve never met before who think the way you think.

That’s why it’s important to get a handle on little voice management-so that ultimately, you can make your dream come true and put your idea out to the world for other people to appreciate and benefit from. Resistance (stress) is just little voice stuff standing in your way.

It’s been proven time and time again that more leads don’t really mean more sales. What you need in order to get more sales is

Beat the chaos and educate yourself

What changes have you made since the beginning of 2021? Have you made any pivots in your work? Or, are you keeping everything the same

The mindset you need right now

Do you consider yourself a leader? By default, if you’re the head of a business, you’re a leader. It’s just a question of whether you

How to adapt to this crisis

Right now, we’re still dealing with the pandemic, and the crisis will have an impact on us for the foreseeable future. So, why am I

One thing you need for better sales

How confident are you in yourself and your business? Do you clearly see the value in what you offer? If not, I have some bad

What your customers REALLY want

How to find out what your customers REALLY want from you What’s the most valuable thing about your offer? What gets people coming back again

Blair shares his 6-Step Morning Routine that sets the tone for his day. Based on the popular book, Miracle Morning by Hal Elrod. https://vimeo.com/537030849/e915a77308To continue

I have two words for you: role play

Let me ask you a simple question: How do you sell? Do you just say, ‘Here’s my offer, it costs X amount of dollars, go

The Game Starts With You

You’ve got to get rid of the objection – because the objection is starting with you, and you’re projecting it onto your customers. If you’ve

My team and I want to see you achieve your HIGHEST GOALS and live your BEST LIFE, making BIG MONEY, helping others, and having FUN in the process!

The Number One Marketing Mistake

How open are you to new ways of marketing? Do you accept the advice of others? Or, are you always skeptical, thinking that there’s no

How to win the war between your ears in 30 seconds or less! That’s what this 21-day challenge is all about. I’m looking forward to

How You Can Deal with Adversity and Success

Blair Singer is a world-renowned speaker and the bestselling author of Little Voice Mastery, SalesDogs, and Team Code of Honor. He has trained hundreds of